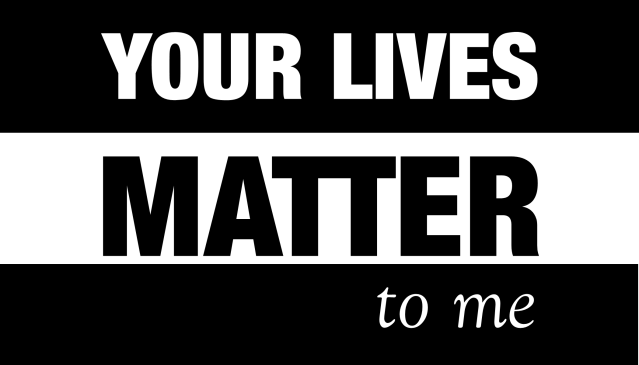 Last week I read a Facebook post by one of my favorite writers, Bunmi Laditan, the creator of Honest Toddler and author of Toddlers are A-holes.

“So many times today I’ve started writing a post and stopped. What do I say? How do I even say it? I couldn’t write. I felt like every time The words kept getting caught in my throat.

Yesterday, five police officers lives ended out of misplaced, murderous retaliation by a few individuals over the systematic abuse of power in the United States.

Families of police officers are afraid, even more so than usual, to send their loved ones to work. They feel like a target is on their backs. They feel like their lives are more at risk, not because of the person they are, but the badge they wear. When they say goodbye in the morning, they’re deathly afraid they’ll never see them again.

Except for us, at the end of the day we don’t take off our skin like they do a uniform.

I find myself trying to process how much denial it must take to not comprehend that all black people want is for police, and the entire country, to treat them the same way they do whites.

We don’t hate police officers. We don’t want them to die.

We want the bad ones to stop killing our friends and family members. We want the ones who do to end up in jail and not with swollen GoFundMe accounts.

Can you really not wrap your mind around that? Is it so hard? Do you really think all of these deaths and videos show justified killings?Do you really believe that race is not a factor? Are you seriously telling yourself that these people would be dead if they were white?

Is it so hard to get that when people say “black lives matter” they’re not saying that they matter above white lives?

If women in a country were being systematically mistreated and they began saying “women matter,” would you really respond with “all genders matter”? Can you not get that they aren’t saying men don’t matter, but that they want to be treated correctly? Why is that so difficult? Why can’t you understand that?

Can you really not fathom that after only 152 years since the end of slavery when blacks could be owned as literal property (ie. not being considered a full person with full rights) that aftershocks of that still exist and are deeply entrenched in our society?

Do you really believe that the ending of black people being owned as things 152 years ago, THINGS like shoes or dogs, immediately elevated blacks to the same status as the whites who controlled the entire government, all commerce, and all law enforcement?

Can you not absorb that black people experience racism in their lives on a regular basis and that it can be deadly? Do you not understand that we live with that every day and operate on an entirely different set of rules?

Can you not accept that what we do not hate police officers but want bad police officers to be held accountable? Have you not seen acquittal after acquittal, whether it be Rodney King or a more recent blood-soaked incident? Can you admit that the system is not equal?

152 years ago black people could be bought and sold like food. They could be tortured. They could be raped. They were on the level of animals. Changing the law did not suddenly make things all better. Things are bad. They have always been bad. Not talking about it does not make it better. And they will stay like this, they will stay deadly, until you, YOU, admit it, not just to yourself but to your friends, to your family.

If you’ve been staying silent or safe by throwing around words like “all we need is love” or “stop the hate” when what you need to say it “This has gone on long enough. Black people are being mistreated. Get the bad cops out and keep the good cops safe” it will not end.

Aren’t you tired of this? Aren’t you sick of the same story happening again and again?

What you are unwilling to face will never change. If you’ve said nothing about this then you’ve said everything.

That is all. That’s all I wanted to say.”

Her words shook me.

I’ve always seen myself in the role of “good white person.” I’ve patted myself on the back for acknowledging that systemic racism exists, for checking my privilege, for agreeing that #blacklivesmatter, for feeling genuine heartache every time a black man is killed by our police and genuine fury that there are people who continually try to justify why these killings are OK.

I’ve seen myself as an ally, as being on the right side of a clear divide.

But reading this raw, angry, pain-filled exposition on what life is like for black people in America, changed my perception of where I stand in this narrative.

As a white woman, I can feel compassion for a community of people who are so consistently faced with injustices perpetuated by people of my own race. Through the power of empathy, I can share a trace of their grief and their anger and their despair.

But what I feel is only a faint shadow of what they experience.

I can separate myself from my vicarious sadness and anger and frustration. I can walk away. The reality I lament is not my reality. It doesn’t define my existence. It hasn’t dogged me my entire life. I’m not branded by the inheritance of hundreds of years of oppression.

There is a privilege in compassion that I hadn’t, until now, understood. And I think we – the “good white people” – need to recognize this.

I also think we need to acknowledge that even though we see ourselves as allies, even though we strive to change an unjust system, even though we feel pain and anger on behalf of the black community, we aren’t the major players in this drama. If we really want to eradicate racism, we can’t be.

White people have defined the narrative for too long. Even our compassion is a sign of the ascendancy of our role. We need to step back, to embrace humility. We need to listen, with open hearts, to the story that isn’t ours.

If you are currently alive with at least a moderate amount of functioning brain cells and you have access to media of any kind, you are aware that there is a lot of injustice in our world.

There is injustice everywhere, all the time. But I think we go through cycles when the injustice is quiet, there but unobtrusive, demanding our attention only periodically. Or perhaps it is more accurate to say that we go through phases of contentment with our world, when we are able to believe that, on balance, there is more justice than injustice. To be honest, I don’t think we could survive any other way.

But then something, some instance of injustice impossible to explain away, bursts through our complacency, and the injustice that is always there suddenly dominates the landscape.

That’s where we are right now. Or at least, that is where I am right now. Because I can’t seem to stop thinking about how unjust our society is.

I’ve been reading a lot of articles and blog posts about what is happening in our own country, on a street in Missouri, on a sidewalk in New York, in a park in Ohio – in every part of our country where people’s rights seem to be determined more by the color of their skin than by their inherent humanity. I have been reading about racism and about poverty and crime. I’ve read facts and opinions, transcripts and OpEds. And I’ve read the comments. (I should never read the comments.)

Every time I read something I get angry and upset. In fact, I get overwhelmed. And I feel like I need to write about what I am thinking, because there are so many thoughts racing through my mind and writing has always helped me to make sense of things that seem incomprehensible.

But when I try to write my thoughts out, I can’t. There just isn’t enough of me left at the end of the day to deal with the magnitude of what is happening in our country and everywhere else in the world. I feel so small, so inadequate in the face of our problems. So I walk away from my computer in frustration, with nothing to say.

But I need to write something. I can’t stay silent. If the magnitude of injustice is so great that it leaves me feeling like I don’t have the words to talk about it, then it is far too great for me to bury in the silence of my heart.

So I will say one thing, the only thing I feel like I can say: that we, individually and as a society, need to find our compassion.

Above all, we need to care. The intrinsic worth of people who are different from us has to matter. 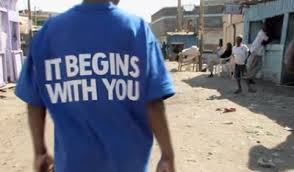 An Independent Non-Discriminatory Platform With No Religious, Political, Financial, or Social Affiliations

I write because my heart has a lot to share from all that flows from my soul and the pain and struggles I have experienced. I write from a place of love.